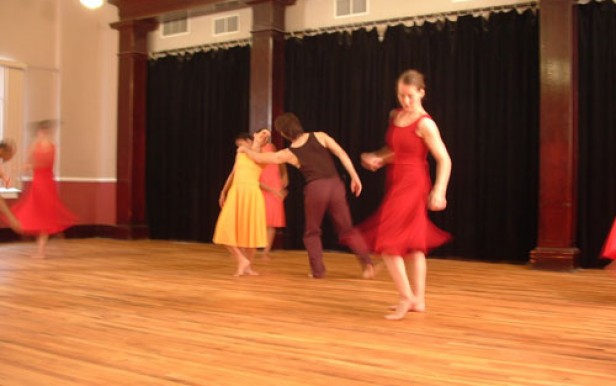 Modern dance is an art form that immediately got my attention when I was studying composition of music at Wilfrid Laurier University. Shortly after I graduated I had the good fortune of landing a job as an accompanist/composer for modern dance classed at the University of Waterloo.

Starting off with a couple of classes a week I began to discover the possibilities of being a composer, performer and audience member while working with contemporary dance. A few years later I was playing about 15-25 hours a week for institutions, dance companies, live performances and even smaller studios. Now for the past 13 years it has been an integral part of my life and continued to be a source of inspiration for me in all facets of my musical career.

I have always said that working with this form of dance has taught me more about music than any other influence in my life.

Below is a small but important list of choreographers and companies. If you browse the web sites you will find some of the history of contemporary dance. Perhaps you also be inspired by the images you see as well as be moved by the philosophies of these sacred individuals.

As for being contemporary, what could be more radical in these times than expressing an appetite for existence? When birth and death and Love have lost their meaning then I’ll know that my work is no longer relevant.

“My dancers have always been individuals, powerful and clear, and they have touched people profoundly on every continent.”

“The artist asks questions, because he really feels that we have to evolve as a species. What it boils down to then is a simple matter of wanting to communicate.”

“I want to use my Company to present dance that, like my own, is about humanity. Dance that is clear, concise, daring, and universal – not afraid of subject matter. I believe in art that expresses values. My repertoire and my Company reflect my personal values of equality, pacifism, honesty, courage, and social responsibility, sympathy for the underdog and a willingness to reveal the demons. I believe that dance should educate and transform the audience.”

All words and music by Arun Pal. Live track recorded at St. Jacobs School House in the winter of 2001 as part of the live performance “Excerpts of Conscience”.

Lubovitch’s work is renowned for its musicality, rhapsodic style and sophisticated formal structures. His radiant, highly technical choreography and deeply humanistic voice have been acclaimed throughout the world. This is “dance to bask in,” said the New York Times; The dancers of…Lar Lubovitch should be rated among the best in the world by any standard.”

Under the artistic leadership of Christopher House since 1994, Toronto Dance Theatre has become internationally recognized for intelligent, visually stunning contemporary performance. Founded in 1968 by Peter Randazzo, Patricia Beatty and David Earle, TDT is dedicated to the creation of original works that celebrate the power of the human imagination. The company has had a profound influence on Canadian dance.